From the outset it’s clear Invader Studios has a lot of love for the Resident Evil and Silent Hill franchises. Both of these seminal survival horror games play the clear inspiration for Daymare 1998. From the mechanics to the settings, Daymare evokes the spirit of those two classic games....

From the outset it’s clear Invader Studios has a lot of love for the Resident Evil and Silent Hill franchises. Both of these seminal survival horror games play the clear inspiration for Daymare 1998. From the mechanics to the settings, Daymare evokes the spirit of those two classic games. And while it’s inspiring to see an indie studio deliver such a loving homage to the kings of Survival Horror, we live in a post Resident Evil 2 and 3 remake world and Daymare 1998 winds up looking the fool due to bad writing, even worse voice acting, and clunky overly inelegant controls.

Appearances Can Be Deceiving

It’s not all bad. At first, despite the awful looking character model faces, the lighting in Daymare 1998 is sometimes really striking and can make the game look like it has a much higher budget than it does. The concept of having the inventory screen be a wrist gadget works well and lets you see enemies coming in front of you as the game doesn’t pause while you’re looking at it, true to its old school survival horror roots. Shooting itself is responsive, if not the aiming and the game does have some impressive gore. The puzzles are actually pretty clever as well. 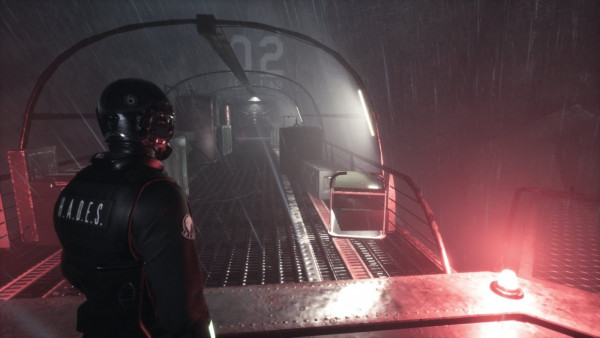 The story itself is actually pretty clever and surprising. I won’t spoil anything but I was quite surprised with a few twists and turns that I hadn’t experienced in a game before.

Unfortunately that’s about all I can say that is good about Daymare 1998. As I mentioned before, the faces of the character models are atrocious. What’s worse is that poor Sam Walker, the other protagonist in the game, looks like his beard is painted on. It doesn’t help matters that the voice acting is really, really poor. Maybe that’s what they’re going for but it doesn’t feel like a knowing homage to Resident Evil’s voice performances. It just comes off like they got anyone they could find to read the stilted dialogue and emote in character cliches.

While the story has some good things going on, the dialogue is fairly horrendous. Everyone is an over the top type and no one sounds like an actual human being. I desperately wanted to skip the spoken dialogue and just read the text but the game doesn’t let you. You have to listen to each and every horrible line and line delivery. At first it was kind of amusing in a “so bad, it’s good” way but after about two hours, amusement gave way to torture. 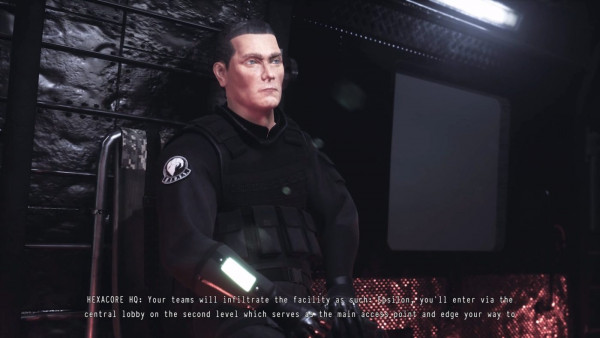 If Trudging Through Mud Were Fun

Mechanically the game doesn’t fair much better. While I fully appreciate the limited inventory, how the loading and quick items work is unnecessarily clunky. If you have clips, you can reload the gun quickly by pressing the reload button, but doing this drops the clip so you have to pick it back up, slowly reloading by holding the reload button will switch out clips but you still have to go into the inventory menu and combine the bullets to the clips. I get the concept of how you would have to do that in real life, but it’s three or four button presses when the games Daymare is emulating didn’t even bother to do this and since enemies (mostly zombies) seem to have no real rhyme or reason as to how many bullets it takes to down, you’re going to be in your menu a lot — refilling clips.

For some reason you have to press L1 (on PS4) to “jog” and then click the stick in while holding L1 to run. Again, it just feels unnecessary in 2020. If you’re not jogging you walk sloooooooooowly. Like your feet are made of lead and you’re walking in molasses. Again, I get it, it’s a survival horror game. But none of these decisions make the game fun to play or interact with. 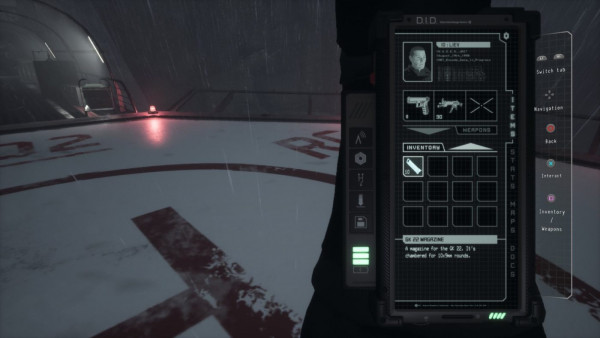 The saving system in the game is also a strange choice. You don’t get the ability to save until well into Chapter 2 and that works like any old school survival horror game, in that the save locations are limited and spread out which means a lot of back tracking. Before you have the ability to save you have to rely on the game’s most egregious design choice, the checkpoint autosaving. Make sure you have a chunk of time to play because if you need to quit the game you’re going to be doing a lot of things you’ve already done all over again. I wound up leaving my game paused a lot and not using my PS4 for anything else in fear of the suspend and resume feature not working and that would mean losing who knows how much progress.

Game Over, Man! Game Over!

I have to admit. I tapped out about half way through. Even on easy the game is a slog to endure. I really wanted to love this game. I love Survival Horror and I fully appreciate the love that went into emulating it in Daymare 1998. Invader Studios have a lot of promise and hopefully they stick around enough to evolve and hone their future titles because I think with better choices they could have had a sleeper hit on their hands. Instead, Daymare 1998 just put me to sleep.

Daymare review code provided by the publisher. Reviewed on PS4 . You can read MP1st’s review and scoring policy right here.

Aliens: Fireteam Announced, Is a Third-Person Co-Op Shooter Set for Release This Summer