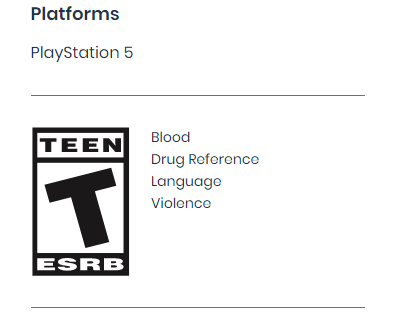 This is an action game in which players assume the role of Miles Morales/Spider-Man as he battles underground gangs and villains while attempting to save New York City from attacks. From a third-person perspective, players fight crime, swing around buildings, and engage in melee combat with enemies. Characters mostly punch, kick, and throw each other during fights; Miles can also use special electricity-based attacks. Some enemies use pistols and/or machine guns during fights; gunshots result in small splashes of blood when characters are hit. Cutscenes depict additional acts of violence: a character beaten with clubs while tied to a chair; an explosion that kills a character. A handful of lines in the dialogue reference running/dealing drugs. The words “sh*t” and “a*shole” appear in dialogue.

Assassin’s Creed is Getting a Live-Action Series From Netflix