Here’s the announcement from Inti Creates:

[Announcement] A bug was discovered in the new Ver. 1.2.0 update that went live for Bloodstained: Curse of the Moon 2 today (July 16th). A patch is forthcoming, and in the meantime, we encourage you to check the image here for a work-around. We apologize for the inconvenience. 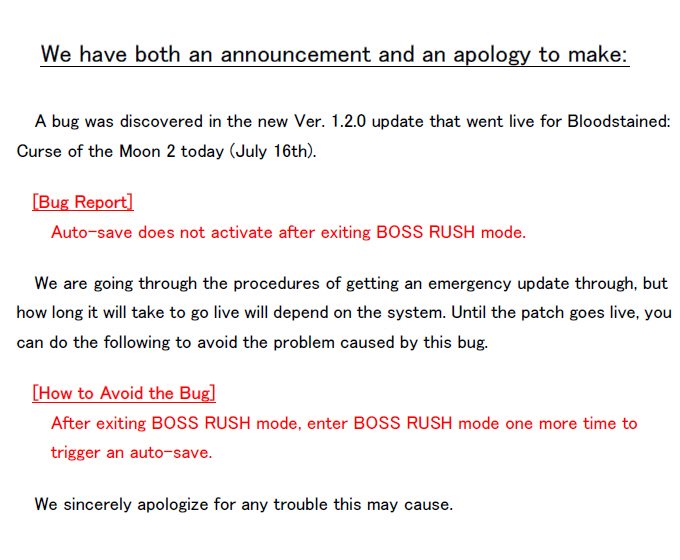 We are going through the procedures of getting an emergency update through, but how long it will take to go live will depend on the sysmte. Until the patch goes live, you can do the following to avoid the problem caused by this bug.

We sincerely apologize for any trouble this may cause.

Well, there you have it. If today’s patch doesn’t solve the Boss Rush mode issue, you can do the steps listed above again.